On 10 January 1967 Princess Margriet of the Netherlands married Pieter van Vollenhoven. In its stables Palace Het Loo in Apeldoorn, The Netherlands, presents the State Glass Berline that was used on this occasion from 10 January 2017 to 4 June 2017. The carriage is still in use, like on Prince’s Day, the third Tuesday in September, not by the King and Queen but nowadays by Prince Constantijn and Princess Laurentien. It usually houses in the Royal Stables.

Although in 1911 Queen Wilhelmina and Prince Hendrik of the Netherlands bought the first royal car, a Spyker, and carriages hardly used in daily life anymore, they remained an important part of the stables. The royal couple luckily loved horses and carriages. Most known in today’s collection are of course the Golden Coach and the Glass Carriage. The Royal Stables house six black-red Gala Berlines, closed carriages for four persons. They are used when foreign ambassadors present their credentials to the Dutch monarch at the Noordeinde Palace in The Hague.

The State Glass Berlin is the eldest of the Dutch royal Berlines. It was built by the carriage-builder Pearce&Co in London in 1836 by King Willem I for the Prince of Orange (King Willem II). The original carriage was blue, but around 1860 it was painted claret red in combination with a black lacquered top half and scarlet edging. On the inside the carriage is decorated with red cloth, and there is a red velvet rug on the floor.

This Berline only received its name State Glass Berline, or small glass carriage in 1967 when Princess Margriet and Pieter van Vollenhoven got married. On the occasion the carriage was modernised. The six wooden panels on the upper side were replaced with glass. It was of course a must that the people would be able to see the bridal couple. The carriage on that day was drawn by six horses, first from Palace Huis ten Bosch to the Town Hall of The Hague, and from there to the Great Church, and then back to the Palace. 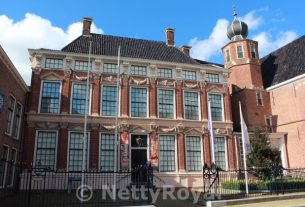 The Princessehof – Reopening of a 100-year old Museum 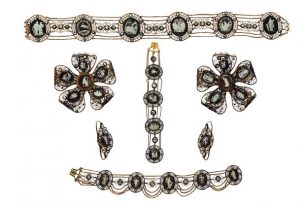 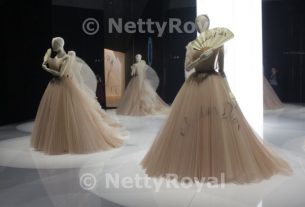