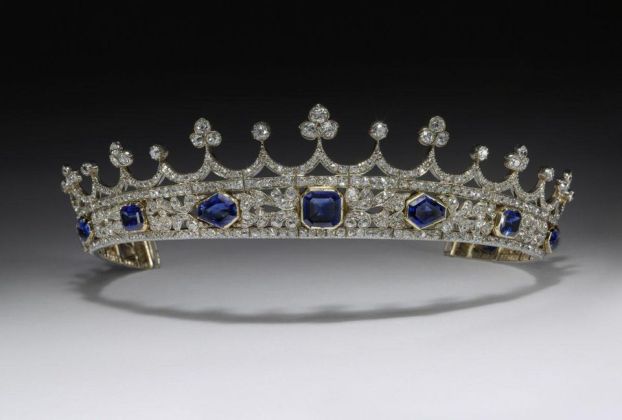 In 2015 an attempt was made by a London dealer to sell Queen Victoria’s Sapphire and Diamond Coronet to a buyer, who wanted to export the coronet. In August 2016 the British Government put a temporary block on the sale. The Committee on the Export of Works of Art and Objects of Cultural Interest (RCEWA) advised the Secretary of State:

“The coronet is a rare and historic jewel intimately linked to the life of Queen Victoria and to the image which she projected in Britain, Europe, the Empire, and beyond.”

The coronet met at least the first and third Waverley criteria. These criteria are:

The asking price for the jewel was £5million (plus £1m VAT) to keep it in the country. Luckily it was announced on 27 August 2017 that William Bollinger – an Irish-American philanthropist and hedge fund manager – had acquired it and has gifted the coronet to the Victoria & Albert Museum in London, Great Britain. The coronet will go on display as the centerpiece of the newly refreshed William and Judith Bollinger Jewellery Gallery in 2019, the bicentenary year of the birth of both Queen Victoria and her husband Prince Albert.

This gallery displays 3,500 jewels from the jewelry collection of the museum, one of the finest and most comprehensive in the world. The gallery tells the story of European jewelry during the last 800 years. Shown are jewels that reflect the splendor of courtly life, the best designs from the great jewelry houses of the 20th century and jewels designed by important contemporary designers. The jewelry includes diamonds worn by Empress Catherine of Russia, the Beauharnais Emeralds Emperor Napoléon I of the French gifted to his adopted daughters, and jewelry worn by his wife Empress Josephine. It sounds like something I really need to visit when I am in London again.

The coronet, terminating in two gold loops, and mounted with eleven step-cut sapphires set in gold and with diamonds set in silver was created in 1842. The coronet has a height of 3,8 centimeters and a diameter of 11,5 centimeters and is in excellent condition. When Prince Albert of Saxe-Coburg and Gotha married Queen Victoria in 1840 he presented her with a large sapphire and diamond cluster brooch. She wore it on her wedding day, and it still is in the possession of the British royal family.

Two years later Albert designed and commissioned a sapphire and diamond coronet for his wife. The design was based on the Saxon Rautenkranz (circlet of rue), which is set diagonally across the shield in the coat of arms of Prince Albert’s family. Joseph Kitching, a partner at Kitching and Abud, Jewellers to the Queen since 1837, created the piece for £410. In the same year 1842 Victoria was painted by the famous painter Franz Xaver Winterhalter wearing the coronet. Victoria loved wearing the coronet. She also wore it at other portraits in the years to follow. In 1861 she became a widow, and at the first Opening of Parliament after his death she attended, in 1866, she wore this coronet instead of her crown.

King Edward VII, Victoria’s eldest son, inherited the coronet. Victoria’s grandson King George V and his wife Queen Mary gave the coronet to their daughter Princess Mary when she married Viscount Lascelles in 1922. Mary wore it regularly, and also her descendants did. In 1992 it served as a wedding tiara for Andrea Kershaw at her wedding to the Hon. Mark Lascelles. Afterwards it however was sold to a London dealer In 2015 there was an attempt to sell the piece of jewelry, an attempt that as stated above, was blocked in 2016.

More about the history of the coronet at The Court Jeweller. 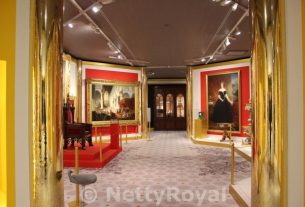 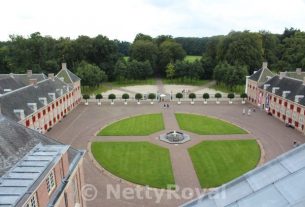 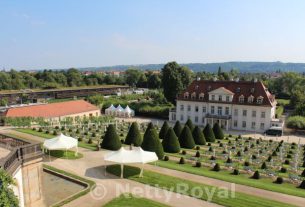