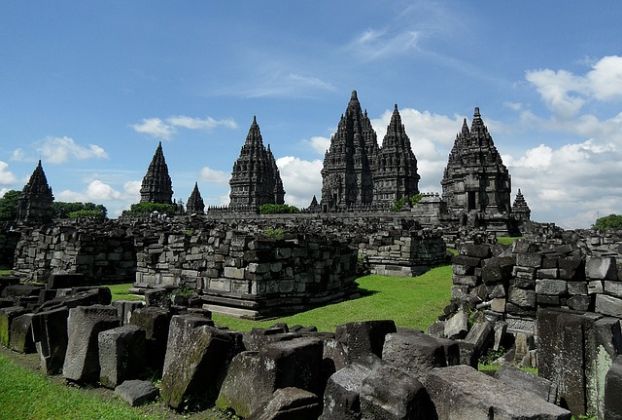 On 9 March 2020 King Willem-Alexander and Queen Máxima of the Netherlands arrived in Indonesia for a state visit, that will end on 13 March 2020. Because of the colonial past – Indonesia was once a Dutch colony – the visit will be a sensitive one with some tensions. That wasn’t different in 1995 when Queen Beatrix and Prince Claus, with Willem-Alexander, came for a state visit, nor in 1971 when Queen Juliana and Prince Bernhard visited the country. The Dutch East Indies declared itself independent as Indonesia on 17 August 1945. After an armed and diplomatic struggle in which many people died on both sides the Netherlands finally recognised the Indonesian sovereignty on 27 December 1949.

On 7 April 1971 the Dutch newspaper “De Telegraaf” reported that Queen Juliana, Prince Bernhard, Princess Beatrix and Prince Claus were likely to pay a state visit to Indonesia. They would likely arrive between 20 August and 10 September 1971 and stay for a week. The private secretary of the Indonesian president, brigadier Soetikno, had told a reporter of the newspaper about the visit, that was certainly going to be “a huge success”.

Not everybody was happy about the visit. In June 1971 21 Dutch people wrote a letter to their Queen to beg her not to go as the country was said not to protect the human rights of inhabitants. Television and radio were however very enthusiastic and prepared huge reports. The costs of the national tv-channel NOS were reportedly about 600.000 guilders (it later turned out it costed 700.000 guilders). Early July 1971 – when Queen Juliana was in Luxembourg for a state visit – there were still rumours that Princess Beatrix and Prince Claus would come to Indonesia with the royal couple. The Government Information Service however said that they didn’t know about that. Also nothing was formally determined yet.

Halfway July 1971 Dutch newspapers reported that the Indonesian news agency Antara said that Queen Juliana and Prince Bernhard would arrive in Jakarta on 26 August for a ten-day visit. On their program: Bandung, Yogyakarta, the Borobudur, Prambanan, temples and Bali. More news followed a few days later. On 24 and 25 August, it was officially announced on 20 July, the royal couple would pay a private visit to King Bhumibol and Queen Sirikit of Thailand. The historical state visit to Indonesia itself was announced from 26 August to 5 September 1971, indeed without Beatrix and Claus.

The Dutch newspaper “De Volkskrant” reported on 31 July that Queen Juliana and Prince Bernhard would take a charter flight of KLM from Amsterdam to Bangkok on 23 August. The visit to Thailand was meant to acclimatize. In Jakarta the royal couple was to stay in the guesthouse of the Merdeka Palace. The visit was generally seen as a crown to the renewed relations between the two countries. While for the royal couple the visit wouldn’t have a political character, the only politician to travel with them was the Minister of Foreign Affairs Norbert Schmelzer. The news continued in the days before the visit, when it was reported that Suharto had denied the tv-channel “NOS” an interview, because he didn’t have time. While the couple was in Thailand it was reported that homeless people were taken off the streets of Jakarta.

The program of the visit was totally different from the one of King Willem-Alexander and Queen Máxima. Of course Queen Juliana and Prince Bernhard stayed much longer than the present royal couple will, although it was reported that also in 1971 this was not usual. Some of the locations will be visited by Willem-Alexander and Máxima too.

At the contradinner Queen Juliana – who had for a long time wanted to visit the country – said that she had been very touched by the reception she received from school children in Jakarta, who had called her “oma” (grandmother), and thus had given her “an honorary title”. She said too: “We will always remember the sympathetic and heart-warming welcome that was shown to us during the state visit.” 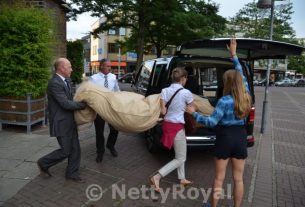