The University of Groningen invited King Willem-Alexander of the Netherlands for the start of the celebration of 400 years university today, 15 May. The theme of the month long celebration is “For Infinity”.

The King arrived right in time. Outside the academy building of the university about thousand people waited for him, partly behind the windows of the library of the university on the other side of the square. A few waves in several directions and then the King already disappeared in the building. Outside the whole opening ceremony could be seen on two big screens. There were several speeches and the King received a nice book with pictures of Sacha de Boer.

After the ceremony the King appeared on the balcony of the building to see a serenade by students. From time to time the King laughed and waved, and towards the end he even started swinging a bit. After a short stop inside the building King Willem-Alexander left again. In the coming weeks the university will keep on celebrating, but without the King. 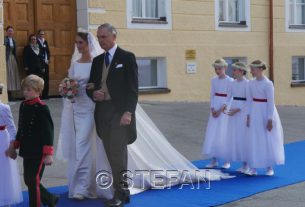 Sophie and Maximilien – Happiness at Tegernsee 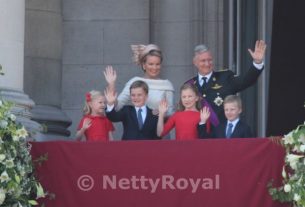 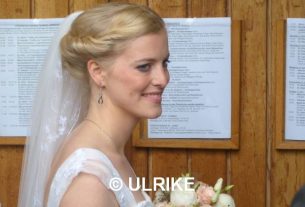