Last Friday, 17 April, Princess Beatrix of the Netherlands came to Groningen to reveal a collage of her state portraits at the Beatrix Children’s Hospital, part of the University Medical Center Groningen. As it was only a five minute bike ride from my house, I of course had a look.

Four-year-old Guus Keuter, who had heart surgery only days before, was to hand over the flowers to the former Queen. He was really happy to do so.

Then they all walked to the Children’s Hospital to reveal the wall with nine state portraits of Beatrix from the time she was a Queen. Princess Beatrix and little Guus pressed the button and the portraits appeared. Can you imagine the hospital named after Beatrix, didn’t have a single portrait of her? Now they have several.

We waited at the back of the hospital until Princess Beatrix left. A good idea at the end, as she took her time and smiled and waved until she was out of sight.

We went back inside, “crashed” the reception – thanks hospital, the drinks and nuts were tasting quite good – and had a nice conversation with artist Marte Röling. She actually compiled the wall full of portraits and choose the ones she liked most. In the left corner of course her own impressive portrait of the former Queen. 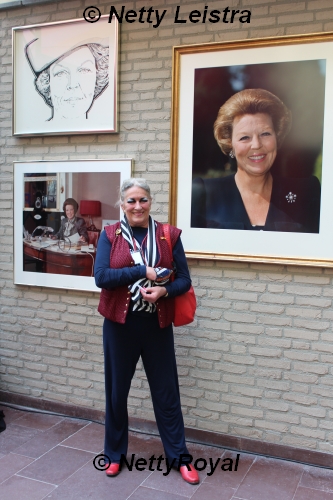 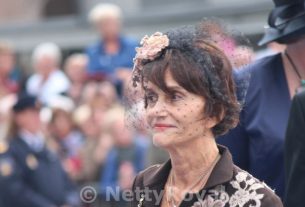 Covid-19 and the royals and nobles