Some weeks ago I was in the library here in town and saw a nice looking travel book: Ron Moerenhout – Laatste boot naar Sint-Helena (Last boat to Saint Helena), about his trip to the island of Saint Helena (St Helena on most official websites of the island) late 2015. Knowing it from Emperor Napoléon, who was a prisoner here and died on the island, and having seen a documentary on Dutch television by Floortje Dessing, I decided to give it a go. I was pleasantly surprised by a very nicely written travel journal, with interesting facts. The book turned out to give much more royal details than I had expected. Luckily the writer has a huge interest in history.

Is there anyone who doesn’t know that Napoléon renounced his throne in April 1814, and at first was exiled to the island of Elba? Eleven months later he and an army showed up on the European continent again to try to restore him to the throne. He was finally defeated in June 1815 at the Battle of Waterloo, now in Belgium. To stop him from returning once again, he was exiled to the remote island of St Helena in the South Atlantic Ocean and arrived in October 1815.

At first Napoléon lived in the Briar’s Pavilion, but in December 1815 moved to Longwood House. Although the island was almost inaccessible the emperor was closely guarded and every visitor needed permission of Governor Lowe first. In February 1821 Napoléons health began to deteriorate and on 5 May 1821 he died. He was buried first in the Valley of the Willows (Sane Valley) on St Helena. His tomb is still there, however he himself isn’t. The French King Louis Philippe in the 1830s started negotiating with Great Britain about the return of the Emperor’s body. Permission was finally granted and in 1840 the French passed a law to enable his return. In October 1840 the coffin was dug up and the remains of Napoléon arrived in France in December 1840 and he was buried at the Dôme des Invalides on 15 December 1840. His tomb there wasn’t finished until 1861.

To my surprise, it turned out Napoléon hadn’t been the only royal prisoner on the island. The next royal prisoner arrived in 1890. The last Zulu King to be recognised by the British was Cetshwayo kaMpande (ca. 1826-1884), who was installed in 1873. He was deposed in 1879 during the Anglo-Zulu War.His son and heir Dinuzulu kaCetshwayo (1868-1913) was proclaimed King in May 1884, but never officially recognized. 1887 the British annexed Zululand and in 1890 Dinuzulu was captured by the British because he had led a Zulu army against them.

He and 12 others were exiled to St Helena and stayed there for more than seven years until 1897 when Zululand was incorporated in Natal. Among the prisoners who arrived at Jamestown, St Helena, in March 1890 were Dinizulu, his uncles Ndabuku and Tshingana, together with their guardian and interpreter and his assistant, Dinizulus four attendants (two male, two female), Ndabukus wife and a male attendant, and Tshinganas wife and a male attendant. Dinuzulu was rather popular on the island. He had eight children by his two Zulu wives while on the island. Two of these children died and are buried at St. Paul’s. Finally they left the island in December 1897.

When his cousin Sayyid Hamad bin Thuwaini, Sultan of Zanzibar died on 25 August 1896, Sayyid Khalid bin Barghash Al-Busaid (1874-1927) quickly seized power and became the 6th Sultan of Zanzibar (his father had been the 2nd Sultan). However the British refused to recognize his claim to the throne. This resulted in the shortest war in history ever. On 27 August 1896 at 9am Great Britain declared war on Zanzibar and in 38 minutes it was all over and the Sultan had lost his throne. A new sultan was installed by the British.  Sayyid Khalid bin Barghash Al-Busaid fled to the German consulate and managed to escape to Tanzania.

Only when the British forces invaded East Africa he was captured in February 1917, and in June 1917 was exiled to St Helena. He came with an entourage of 17 people and they were held in custody in the Jamestown Barracks. He requested to be moved to Oman or Tanzania, but that was refused. In January 1921 it was decided to send them to the Seychelles, and they left St Helena in April 1921. The former Sultan died in Kenya in 1927.

The last royal prisoners on St Helena were the three Bahraini Princes Abdali Al Alaiwat, Abdulrahman Al Bakir and Abdulaziz Al Shamlan. They were sentenced to 14 years imprisonment for offences against the state of Bahrain. The Ruler of Bahrain asked Great Britain for help and it was decided they would be sent to St Helena. They arrived in January 1957 and stayed at the former searchlight station at Munden’s Point. Abdulrahman Al Bakir in 1959 applied to the St Helena Supreme Court, because they were to prove that their imprisonment was lawful. Hs appeal to the Supreme Court and the Privy Council was dismissed in 1960. In June 1961 Abdulaziz Al Shamlan tried the same and was successful. All three men were released and sent to England.

The island of St Helena is still quite isolated. The only regular access to and from the island is via the Royal Mail Ship St Helena or a cruise ship. Although since May 2016 there is an airport, it is not (yet) open for commercial flights. Private jets and medevac flights are accepted. Some nice websites: 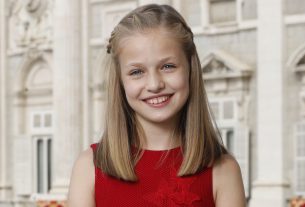 The Name of … Leonor

Is there anyone who wants to be King or Queen?