On 23 January 1719 a tiny country was born. The state survived and 300 years later is still one of the few monarchies left in the world. Throughout the year (see their anniversary website) there will be a range of events. People are warmly invited to discover Liechtensteins history and natural scenery in person.

The territory belonged to the Alamannic Duchy and was later a part of the Lower Rhaetian county. They were ruled by the Counts von Bregenz, who by marriage were related to Charlemagne (Charles the Great). A descendant, Hugo, inherited the County of Montfort, Werdenberg, Sargans and the area that is nowadays Liechtenstein, when the family divided possessions. He called himself Count von Montfort. His son Rudolf I inherited Werdenberg and Sargans and called himself Count von Werdenberg.

Count Hartmann III von Werdenberg-Sargans († 1354) on 3 May 1342 received the possessions on the right side of the Rhine. His seat became Vaduz Castle, that already existed. 1396 the King of Bohemia and King of the Romans, Wenceslaus IV elevated Vaduz and Schellenberg to the rank of a county. That meant “Reichsunmittelbarkeit”, which meant that the County was only subordinated to the Emperor and the State, not to any other sovereign. The Bishop of Chur, Hartmann, was the last Count of Vaduz of the Werdenberg family. In 1416 he conferred the county to his relatives, the Barons von Brandis. Schellenberg had previously been divided, but around 1437 the Brandis family also acquired the last parts of this area. Since the “Oberland” (County of Vaduz) and the “Unterland” (Dominion Schellenberg) have been united. The Brandis line became extinct, and in 1510 Vaduz and Schellenberg were transferred to the Counts von Sulz. In 1613 Count Carl Ludwig von Sulz sold both possessions to his son-in-law Count Caspar von Hohenems.

Count Karl von Liechtenstein had received the princely title (Fürst) in 1608, his brothers Count Maximilian and Count Gundacker followed in 1623. On 18 January 1699 Karls grandson Prince Johann Adam Andreas von Liechtenstein (1662-1712), also called “Hans Adam the Rich”, bought the Dominion Schellenberg. He paid 115,000 Gulden. On 22 February 1712 he also acquired the Count of Vaduz. Johann Adam’s heir was Prince Anton Florian (1656-1721) – Gundackers grandson – who had been the Chief Intendant and Prime Minister in Spain of Archduke Karl, and when in 1711 Karl became Emperor Charles VI he became the Imperial Chief Intendant and Chairman of the Secret Council.

On 23 January 1719 Emperor Charles VI, by Palatine Diploma, united the two domains Vaduz and Schellenberg into a Reichsunmittelbares Fürstentum, a principality subordinate directly to the Emperor. This way Anton Florian could be admitted to the Reichstag. The new imperial Principality was called Liechtenstein, and is actually the only state in the world that acquired its name from the reigning Princely Family. It remained a part of the Holy Roman Empire of the German Nation.

Having acquired a Principality didn’t say that the Princes really were interested it. The first Prince, who was interested in the wellbeing of his country and its inhabitants, was Prince Johannes I (1760-1836), who became the Reigning Prince in 1805. As his inspector reported about the bad state of his Principality – debts, old-fashioned agriculture, analphabetism – he sent a governor who had to take care of the reforms. Johannes’ son Prince Alois II (1796-1858) was the very first Prince who actually visited his principality in 1842, 143 years after the family had acquired it. He again visited in 1847.

1852 Liechtenstein signed a customs treaty with Austria. In 1862 a new constitution came into force that made provision for Parliament to represent the people, an amendment followed in 1921. In World War I the country remained neutral, but was hit badly by economic sanctions because of its customs treaty with Austria. This treaty was dissolved in 1919 and in 1923 a customs treaty with Switzerland was signed, a partnership that continues. Just before World War II (in which Liechtenstein again remained neutral), in 1938, Prince Franz Josef II was the first Reigning Prince to take up residence in his principality. He renovated Vaduz Castle which since is the main residence of the family.

Since 1950 Liechtenstein is a member of the International Court of Justice, since 1978 of the Council of Europe, as 1990 of the United Nations, 1991 of the EFT and since 1995 of the European Economic Area (EEA) and the World Trade Organisation WTO.

The national day is celebrated on 15 August, and is called Staatsfeiertag.

The reigning princes of Liechtenstein

Prince Hans Adam II, as he is better known, in 1984 was appointed as permanent deputy by his father, entrusting him with the discharge of State business. In his turn Hans Adam II on 15 August 2004 appointed his eldest son, Hereditary Prince Alois (* 1968) as his permanent deputy for exercising the sovereign powers. That means that since Alois has performed both nationally and internationally the duties of the Head of State of the Principality of Liechtenstein. Hans Adam II devotes himself more to managing the assets of the Princely House. 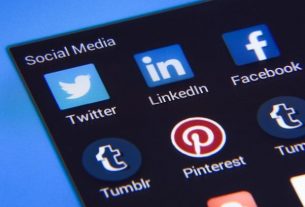 Never pretend to be a royal