In the past weeks I have heard different opinions about the new film “Grace of Monaco” starring Nicole Kidman. The princely court of Monaco issued a statement on 2 May stating: that “The Prince’s Palace would like to reiterate that this feature film cannot under any circumstances be classified as a biopic” and “that this production, a page of the Principality’s history, is based on erroneous and dubious historical references”. It further said: “The Princely Family does not in any way wish to be associated with this film which reflects no reality and regrets that Its history has been misappropriated for purely commercial purposes.” People, including Nicole Kidman, have said however it wasn’t meant to be a biopic in the first place. Some people I know said it wasn’t very good, others liked it. So today I finally went to the cinema myself to have a look.

To be honest I thought the story sounded quite OK, surely if you don’t look at the historical side of the film. Beautiful palace, gorgeous costumes and jewellery, and great views on a tiny part of Monaco. Loved the few old pieces of video that were shown, like the arrival of Grace in Monaco in 1956, her wedding, and the French-Monaco conflict in 1962. I also thought the few appearances of her children Caroline and Albert throughout the film were quite cute. I thought that the Rainier in the film actually hardly was charismatic. The story is that of the somewhat bored Princess Grace being asked for a new film, called “Marnie”,  by Alfred Hitchcock personally. A princess that doesn’t really feel appreciated either by the court or the people of Monaco, and at that point neither by her husband Prince Rainier. She says yes at first, but when the country gets into trouble with France about paying taxes, she in the end withdraws. Of course the conflict between the two countries is being solved by inviting everybody, including President Charles de Gaulle for the yearly Red Cross Ball. Also attended by the defence secretary of the USA, Robert McNamara, by the way. And of course Grace is the star of the evening, looking absolutely stunning.

I wonder if the film attracts anyone who doesn’t know who Princess Grace of Monaco, previously actress Grace Kelly, is. I hope visitors also know the few other important historical figures in the film, as it is hardly explained who they are. Most important are of course Prince Rainier himself, his sister Princess Antoinette, her second husband Jean-Charles Rey (they only got married in December 1961), Alfred Hitchcock, President Charles de Gaulle, and Aristoteles “Ari” Onassis, who of course wants to keep his business in Monaco running. Last but not least opera singer Maria Callas, who gives a splendid performance at the Red Cross Ball. I can at least also say that the film makers have done some research in the titles and how to address royals.

But to the historical facts … According to Wikipedia Antoinette “was removed from the Palace by her sister-in-law, Princess Grace, and thereafter was estranged from the princely family for many years”. In the film she is negotiating with the French behind her brother’s back. Not sure how much of that is true. For sure they have had their conflicts. Antoinette for quite some time tried to achieve the throne for her son Christian, born out of wedlock, but legitimized by her first marriage to Alexandre Noghès. Most of this would have taken place before 1962 I suppose. The Monaco constitution was changed in December 1962, apparently leaving Antoinette without succession rights.

As is already said in the film in 1962 Monaco refused to impose a tax on both its residence and international businesses residing in Monaco. That led to a conflict with France. In the end there was an agreement between the countries saying that French citizens residing in Monaco for less than five years and companies who were doing more than 25% of their business outside of Monaco could be taxed at French rates. As a result Monaco also had a new constitution, and the National Council was restored. The power of the reigning Prince was reduced. The conflict never came as far as the almost war situation in the film, and didn’t almost lead to the fall of Monaco as far as I understand online.

Princess Grace actually was asked by Hitchcock to play the leading role in “Marnie”, said yes, and after protests in Monaco and from her former film company MGM had to say no after all. Marnie was in the end played by Tippi Hedren.

This article by The Guardian actually says that neither Charles de Gaulle nor Robert McNamara attended the Red Cross Ball in 1962. And did Maria Callas actually perform? According to a website I found the prestigious performer at that ball was the Frenchman Charles Trenet. No mentioning at all of Maria Callas. She was however special guest in 1974, and surely also attended in 1960. The film dress and jewellery don’t come anywhere near the much more simple dress Princess Grace wore in 1962, and no, Prince Rainier didn’t wear a white suit either.

Was Princess Grace in 1962 still clueless about speaking French, as is suggested in the film, and did she only then start to make something of her life as a Princess? Did she really only then started to learn the history of Monaco and the Grimaldi family? I can’t help taking a look at the present situation in Monaco and found it pretty similar to be honest. Whether of course in both cases the truth is being told, is a different story. But also now it is thought Princess Charlène hardly speaks French. She also doesn’t seem to have been fully accepted at the Monaco court and by the people, and seems to be struggling with her identity.

Anyway I have noticed there is actually a new book to be published about Princess Grace, by Joan Dale (who died in 2005) in cooperation with her daughter Grace Dale, called “My days with Princess Grace of Monaco. Our 25-year friendship. Beyond Grace Kelly”. It is said to be the true story behind the wedding crisis. Joan Dale learnt to know Princess Grace in 1962, when her husband became an advisor to Prince Rainier. The book is to be published in October 2014. 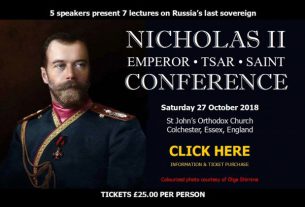 1 thought on “The Film: Grace of Monaco”