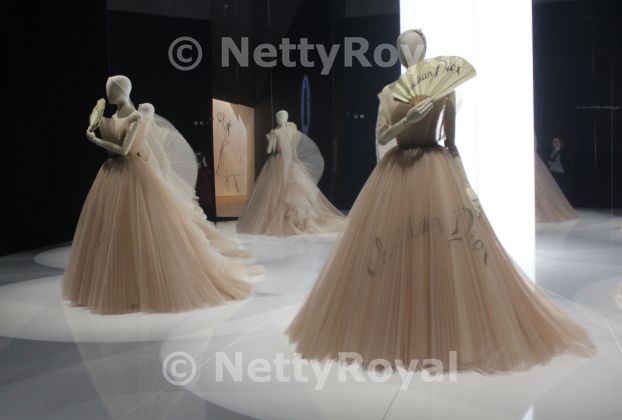 In the past few years I have enjoyed several amazing exhibitions about fashion designers. If you had told me years ago, I would have had a good laugh, as I’ve never been very much interested in the subject. That changed however through my work and the wonderful blogs about royal fashion that have been created in recent years. Going to London therefore meant, that I absolutely wanted to see the exhibition “Christian Dior: Designer of Dreams” at the V&A Museum. The exhibition promises: “Spanning 1947 to the present day, this exhibition traces the history and impact of one of the 20th century’s most influential couturiers, exploring the enduring influence of the fashion house, and Dior’s relationship with Britain.”

More than 60 years after his death the fashion house that was established by Christian Dior in December 1946 and showed its first collection in February 1947 is still going strong. His New Look at the start was criticized, but after a while became a huge success. By the time Christian Dior himself died, the house had become a truly fashion empire. The designs were worn by women all over the world, including famous filmstars and royals.

In the chaos after Dior’s death the very young designer Yves Saint-Laurent was asked to become the label’s artistic director. His last collections became more daring and late 1960 he was replaced by the more conservative Marc Bohan. During his time at Dior the first French ready-to-wear collection was created, and also Baby Dior was launched in 1967. Bohan was finally replaced as head designer in 1989 by Gianfranco Ferré. In 1997 John Galliano took over. After a scandal Galliano was fired in 2011, and the interim head designer was Bill Gaytten. In 2012 Raf Simons was appointed, who in his turn left in 2015. 2015-2016 Serge Ruffieux and Lucie Meier were interim directors of the company. Since 2016 the creative director is Maria Grazia Chiuri.

Dior was purchased in 1984 by the Groupe Arnault, and has remained in its possession ever since. The label nowadays has boutiques all over the world.

Dior at the V&A

The exhibition is based on the Dior exhibition in Paris that has just closed its doors. It was reimagined for the V&A. The life and times of Christian Dior are being highlighted, including his fascination with British culture. Christian Dior London was already established in 1952. More than 500 objects are being presented across 11 sections, including more than 200 dresses, photographs and accessories.

For royalty watchers an highlight of the exhibition is the dress worn by Princess Margaret for her 21st birthday celebrations. But there is much more than that. It is a travel through times with designs by all the designers there have been since 1947, from the New Look to the feminist vision of fashion of Maria Grazia Chiuri. To me the best designs were by Dior himself and by Chiuri, although it was fascinating to see what has been created over the years. One of the highlights of the exhibition to me was the ballroom at the end with 70 years of formal evening wear.

Christian Dior loved England and thus it is not really a surprise that “Christian Dior: Designer of Dreams” on 2 February 2019 opened at the V&A Museum in London. The exhibition is an immense success and has been extended until 1 September 2019. All regular tickets have already been sold out. Very limited tickets are available to purchase daily at 10am from the Grand Entrance on a first-come, first-served basis; these tickets are for times throughout the day on that day only. Authorised tickets are only available to purchase directly from the V&A. My best advice would be: be there before 10am and eventually queue.

If you will not be able to visit, there is an exhibition book full of pictures of the stunning dresses of Dior. The descriptions were written by Oriole Cullen, Curator of Fashion and Textiles at the V&A, and the photos are by Laziz Hamani.

As off 6 April 2019 the V&A also has an exhibition about the British fashion designer Mary Quant. With her miniskirts and hotpants she was a totally different designer than Christian Dior, but quite famous in the UK, especially in the 1960s. 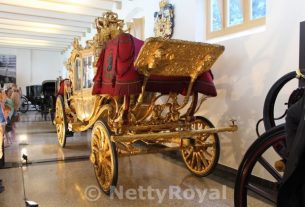 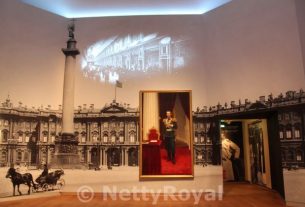