Births and christenings in reigning and non-reigning royal houses of the year 2013.

Birth of name unknown, son of Prince Faisal bin Raad of Iraq and Jordan and his wife Lara née Sukhtian.

Christening of Prince Carl Friedrich of Prussia and Prince Louis Ferdinand of Prussia at the Evangelical Christus-Kapelle, Burg Hohenzollern, Germany.

Christening of Prince Taufa’ahau Manumataongo of Tonga, at the Centenary Church of the Free Wesleyan Church of Tonga, Nuku’alofa, Tonga.

Christening of Prince Alexander zu Fürstenberg at the Maria-Hof Church in Neudingen, Germany.

Birth of Rashid, son of Sheikh Saeed bin Maktoum Al Maktoum of Dubai and his wife.

Birth of Cecilia Maria Johanna Beatrix, daughter of the Duke and Duchess of Parma, at the Bronovo Hospital, The Hague, The Netherlands.

Christening of Prince Giorgi Bagration Bagrationi, at the Svetitshkhoveli Cathedral, Mtskheta, Georgia. He was already born in 2011.

Birth of name unknown, son of Prince Christopher and Princess Barbora Lobkowicz. He was either born late November or early December.

Birth of Maria, daughter of Count Sebastian and Countess Inken von Platen Hallermund. She might have been born late 2013 or even early 2014.

Birth of Rostislav Georganta, called Leon, son of Prince Rostislav Romanoff and Foteini Georganta in London, Great Britain. He was born second half of August or early September 2013. He was christened in Greece around 31 August 2014.

Birth of Myhan, daughter of Count Michael von und zu Trauttmansdorff-Weinsberg and his wife Hanh Lai. She was probably born in June or July. 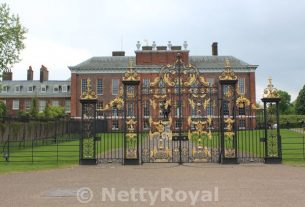 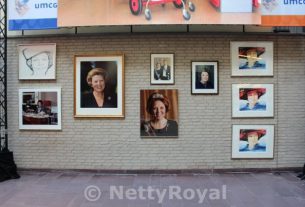 Beatrix reveals her own Portraits in Groningen