For their wedding at St. George’s Chapel in Windsor Princess Eugenie of York and Jack Brooksbank had invited members of the public into the grounds of Windsor Castle. They received over 100,000 applications. Only 1,200 people actually received an invitation, among them my royalty friends Ken and Sue. They all received a goodie bag with several items in it as a memory of this wonderful wedding day. The bags itself were produced by the Women’s Interlink Foundation. Inside were an order of service, a fridge magnet, a rain poncho – which was happily not needed -, Windsor Castle spring water, shortbread cookies and a big chocolate coin. 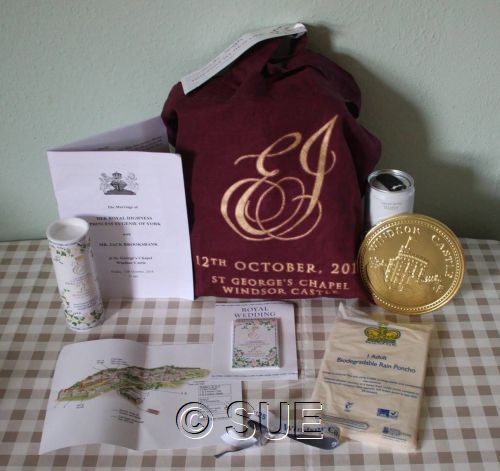 Another group invited into the grounds of Windsor Castle were representatives from charities and organisations that the bride and groom support. These included the Royal National Orthopaedic Hospital, the Teenage Cancer Trust, the Salvation Army and the UN Trust Fund to End Violence Against Women. Children from two local schools, St George’s School and Coworth Flexlands School, both of which Princess Eugenie attended, as well as alongside members of the Windsor community, residents of Windsor Castle and a number of Royal Household staff. 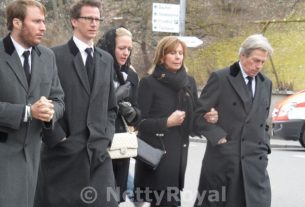