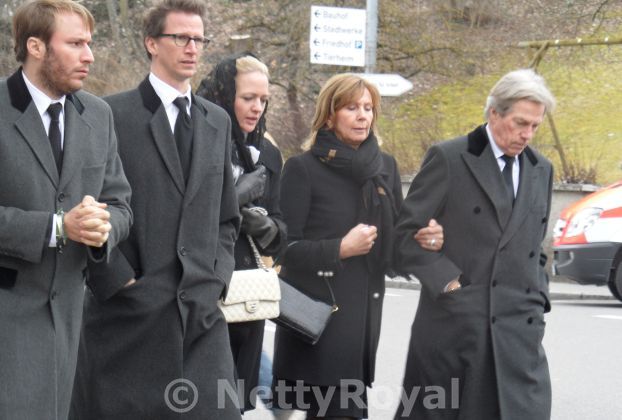 The funeral of Prince Johann Georg von Hohenzollern, who died in München, Germany, on 2 March 2016, was rather a private one. On 12 March the funeral service took place in the Hedinger Church in Sigmaringen, however the streets around the church were closed. Even only very few guests were allowed to drive all the way down to the church, and had to walk the last part. Of course the closest family didn’t have to and was driven straight to the church. After the service there was a reception at Sigmaringen Castle. Many German royals and nobles came to Sigmaringen to say goodbye.

Prince Ferfried von Hohenzollern, brother of the deceased, with a daughter.

Johann Georg Carl Leopold Eitel-Friedrich Meinrad Maria Hubertus Michael, Prince von Hohenzollern – called Hansi by friends and family – was born at Sigmaringen Castle on 31 July 1932 as sixth of the seven children of Fürst Friedrich von Hohenzollern an Princess Margarete of Saxony. In December 1960 his engagement to Princess Birgitta of Sweden was announced and they got married in May 1961. They separated in 1990, but remained legally married. They had issue: Carl Christian (* 1962), Désirée (* 1963) and Hubertus (* 1966). Johann Georg leaves a widow, his three children, two daughters-in-law, one son-in-law and a former son-in-law, four grandchildren and a foster-grandchild. Prince Johann Georg was a fine art expert. He was the director of the Bavarian National Museum 1986-1991, director general of the Bavarian State Picture Collection 1991-1998, and director of the Hypo-Kunsthalle 1998-2006. 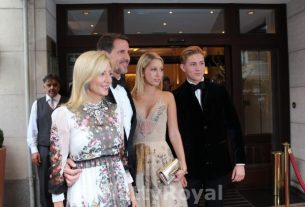