If you’re in London, the weather is nice and you want to get away from the crowds, I can only recommend a visit to Kew Gardens and Kew Palace. I went there in 2006 after several days of terrible heath, when the weather finally started to get normal again. I loved it strolling through the park and have a look at the botanic gardens. But one thing you surely shouldn’t miss is the palace itself, which is open from 1 April to 1 October between 10.30am and 5.30pm.

A Flemish merchant called Samuel Fortrey had the palace – a Dutch house – constructed already in 1631. He had a large complex built atop of an earlier 16th century building. In 1728 Queen Caroline, the wife of King George II, leased the building for her three eldest daughters. Her son Frederick, the Prince of Wales, in 1731 bought the nearby old Capel House, next-door to the Dutch House where his sisters lived. He also had the kitchens built, nowadays known as the Royal Kitchens. He died in 1751, but his wife and children continued living at the old Capel House, that was now called the White House, as Frederick had it painted white. He had started remodeling the gardens, work that his widow Augusta continued. As likely all of Frederick’s sisters had moved out by the time of his death, the Dutch House became a schoolhouse for Frederick and Augusta’s two eldest sons George (III) and Edward.

George III ascended the British throne in 1760 and in 1761 married Charlotte. They had 15 children in the years to follow. In 1772, when his mother died, George III inherited the Dutch and the White House. Soon George decided to spend the summers in Kew instead of in Richmond Lodge. He used the White House for some of his art collection, and the Dutch House turned into a schoolhouse for his sons George and Frederick. For quite a while the family spent happy summers here, played cricket in the gardens, and held picnics. From the late 1770s however George seems to have preferred Windsor more and more.

Unfortunately in 1788 the King endured a severe period of illness and was treated at the White House, while his wife and daughters stayed in the Dutch House. During his second bout of illness George was again treated here. However the White House had already fallen into despair and was demolished in 1802. In 1804 he was housed in a wing of the Dutch House. George III’s final visit to his beloved Kew was in 1806. Since he spent most of his time at Windsor. In 1818 Queen Charlotte died in the Dutch House. After King George IV had taken the throne in 1820 he made plans to demolish the house, but luckily never finished his plans. Only in the summer of 1844 Kew Palace became a royal summer residence again, when Queen Victoria sent three of her children there.

On the occasion of her Diamond Jubilee in 1898 Queen Victoria transferred the palace and Queen Charlotte’s Cottage to Kew Gardens. The stables and the service wing by that time had been demolished. Nowadays the Historic Royal Palaces take care of the building. In 1969 a 17th-century Dutch garden was added to the palace. In 1996 the palace closed down for several years because of restoration works. Queen Elizabeth’s 80th birthday dinner took place here on 21 April 2006, followed by the reopening of the palace a few days later.

Next to the palace you can visit the Royal Kitchens, that still look the same as in 1818 when Queen Charlotte died. They opened its doors only in 2012. There is also a small kitchen garden, with vegetables and fruit trees. The original one however was much bigger. Towards the Princess of Wales Conservatory you will also find the Ice House, where foods for King George III and his family were stored. Here ice and snow were stored during winter to use during summer. 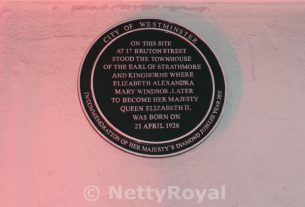 Where the Queen was born 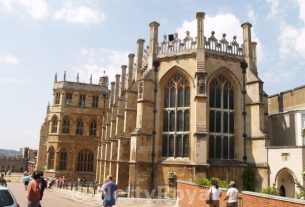 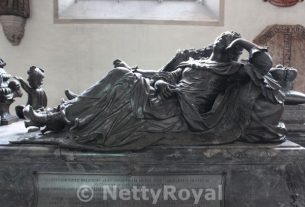 The Old Cathedral of Brunswick