Late October 2016 the book “Juliana, vorstin in een mannenwereld” (Juliana, Queen in a men’s world) by the Dutch writer and sociologist Jolande Withuis was published by publisher De Bezige Bij. As the book received lots of publicity, also my foreign visitors were rather interested in hearing a bit more about the book. Although the book costed € 39,99 I bought it as soon as it was in the shop here. According to the cover never before such a comprehensive biography about Queen Juliana of the Netherlands (1909-2004) had been written. Although she was beloved as a Queen, little is known about her personal life. After a protected childhood at court and a revival during World War II, when she stayed in Canada, in 1948 she became Queen of the Netherlands. A tough job. According to the cover Juliana was competent, but however soon faced great personal and political disappointments, and her reigh was marked by a series of crises. Withuis’ book is called a comprehensive book, based on extensive research. She based her biography on letters and other unpublished private material, which makes it an intimate portrait of Julianas life.

I soon discovered that the book is indeed quite an academic work, as is stated. 863 pages, of which about 761 pages are the biography itself. In the back is a list of abbreviations – by times very helpful -, pages full of notes by chapter, so you can see where the information in the book comes from, a list of sources, a bibliography and a register of names. Striking, but not totally unexpectedly, quite a lot of information comes from the books about Queen Wilhelmina and the marriage of Juliana and her husband Prince Bernhard, which were published between 1998 and 2012, Annejet van der Zijl’s book about Prince Bernhard from 2010 and Withuis’ own excellent book about Juliana’s life in World War II from 2014. Several other books in the bibliography are well-known to Dutch royalty-watchers. The author didn’t receive permission from the Royal House to search the Royal Archives.

I didn’t find the book very easy to read, which probably partly had to do with topics like religion and politics, that are not really my thing. What striked me is that the author doesn’t sound like a fan of either Juliana or Bernhard. Where in Bernhard’s case it was just clear when reading facts stated in the book, I had the feeling that Withuis constantly tried – how should I say – to please her readers by giving her own opinion about why Juliana (and even her mother Wilhelmina) had done this or that. I am not quite sure whether that was always necessary. Although I think that the short explanation of the religious climate in the first quarter of the 20th century and the world around Juliana, who was as the title says a woman reigning in a men’s world where women were hardly accepted – surely not in the working world – were rather interesting sometimes.

For being disappointed I can probably also blame the Dutch media. Before the book was published they came up with articles, mainly about that Juliana’s marriage to Bernhard had even been worse than we had thought. It is amazing to think that Juliana kept loving him, despite all his huge mistakes and clear dislike of her. He hasn’t make life any easier for her. But apart from a few facts it was not really surprising. And the things pointed out in the articles in the media actually were such a small part of the book that it really surprised me. Most things that sounded exciting in the media, turned out to have been mentioned already by Fasseur, Van der Zijl or Withuis herself in previous books.That includes the fact that Juliana had wanted to divorce Bernhard in the 1950s, the miscarriage in 1941, and even the two times Bernhard proposed to other women prior to getting engaged to Juliana. And often there was hardly more information in the book about these events than in the media. Looking back I probably liked the first part of the biography, about Juliana’s childhood most, even if it was a bit too short and especially lacking information about the contacts with her German family.

I have heard also from some other people – fans and experts – that the book contains several mistakes in names and (royal) information.What certainly is something that the author hopefully will correct in later editions is the bad register of names. Most people mentioned in the book are mentioned in full first and later on often only with their surname. However it is sometimes very hard to find them back in the list in the back, and some people are not even mentioned there at all. Sometimes there are more people with the same surname, so you could wonder who is meant. Another time a long surname has been abbreviated to a shorter version of the name. And when that is not the first part of the name, you might have to go through the whole list of names (“only” 13 pages) in the hope to find the person.

This might be the first comprehensive Juliana-biography, but hopefully not the last. There surely is a lot more to tell about Juliana. At least Withuis’ book is a start, although not one that the royal family seems to be very happy about. Both Princess Irene – the second daughter of Juliana and Bernhard – and son-in-law Pieter van Vollenhoven have said that they don’t recognise either Juliana or Bernhard in the articles in the media or the TV-documentary that was on TV just before the book was published. Princess Irene even said she was deeply hurt. 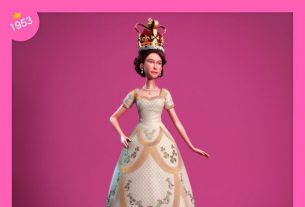 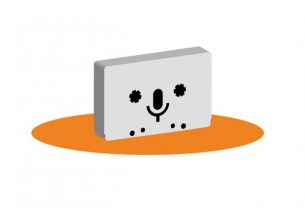